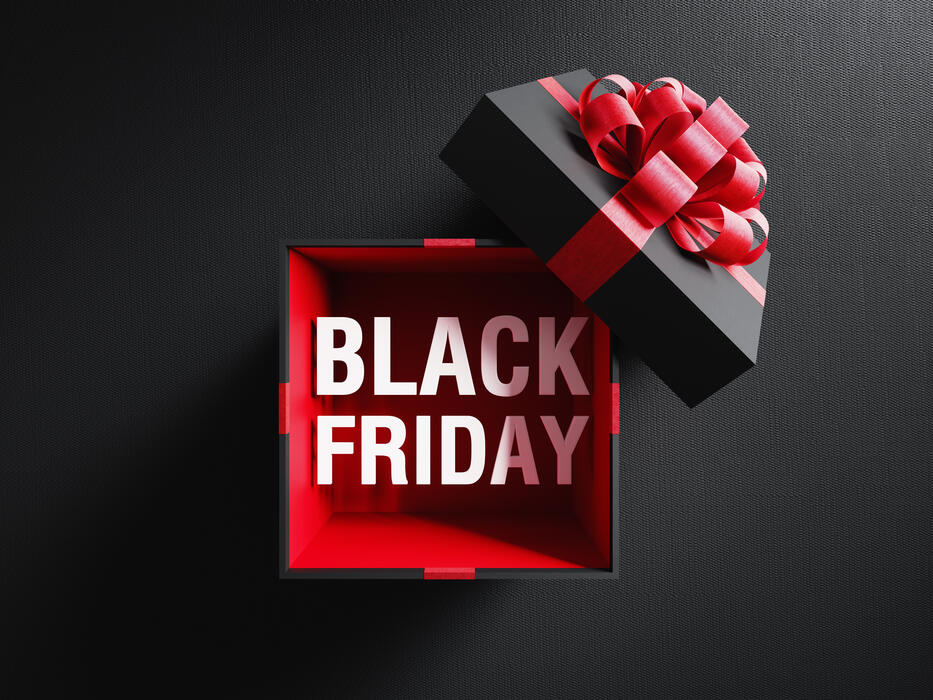 It’s that time of year again! Retailers up and down the Highstreet and Online are prepping their pre-Christmas deals. Each competing for your time and

Where to Find the Best EARLY Black Friday Deals

1. No surprise that Amazon will be starting their Black Friday sales early, from Friday 22nd to continue through to the official Black Friday date of November 29th. There are many early deals advertised already such as this Asus Cloudbook Laptop at 35% off. 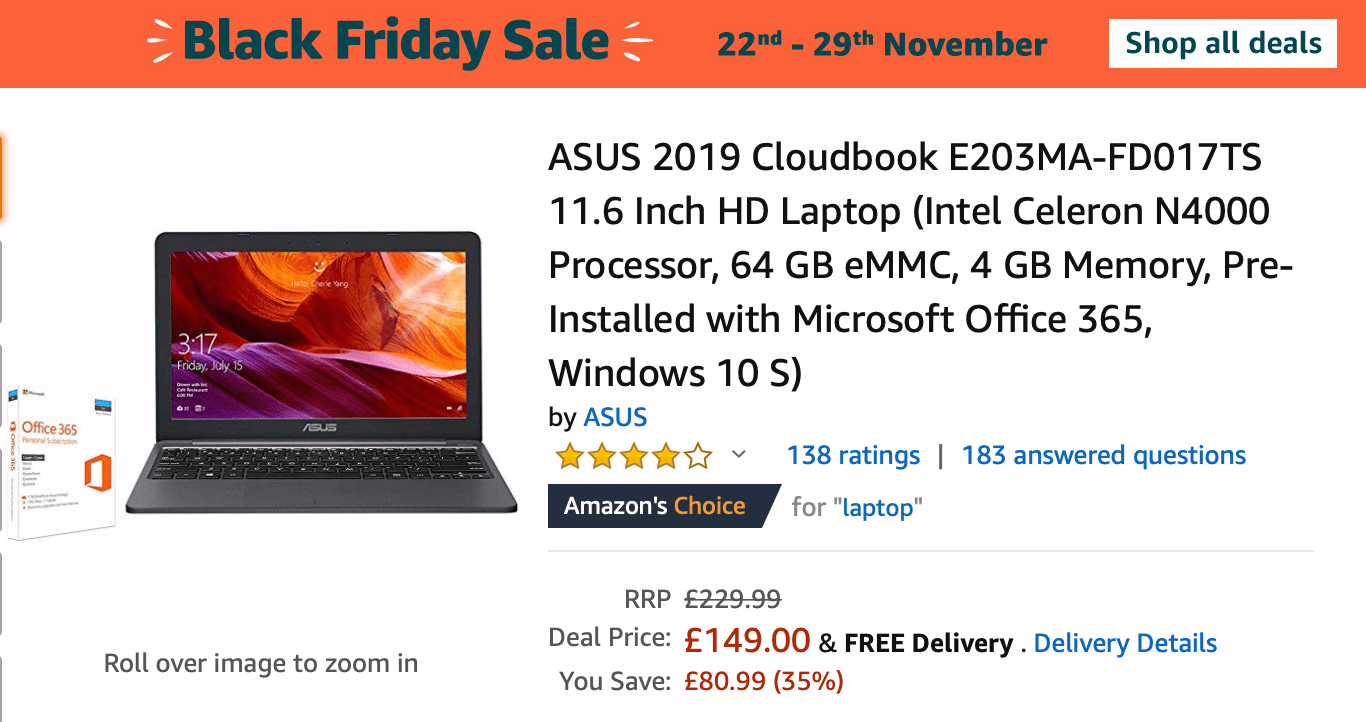 2. If it’s electrical goods and appliances you’re after then you could always check out AO.Com who are offering some great early deals right now from Play Stations to Fridges

3. Boots are also in on the early act with beauty and personal care items up to 50% off. So you can buy from them instore or online.

4. Even eBay are offering up to 30% off various items right now, including this Miele Vacuum Cleaner. 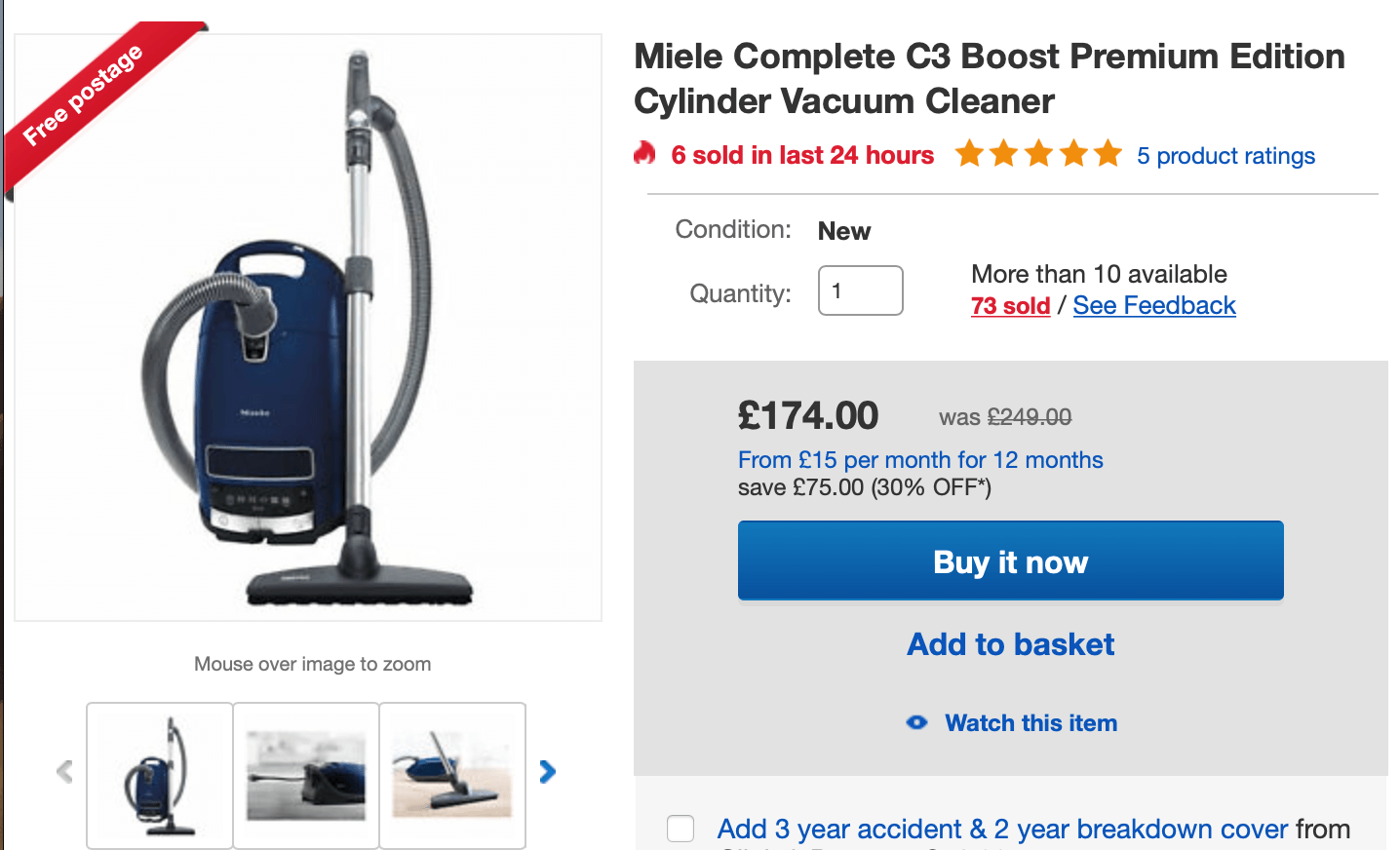 5. It’s worth a mention that, if it’s an Apple product you have your heart set on this season they are not a company that takes part in the Black Friday trend in the ‘traditional’ sense. Instead they usually offer a four day ‘Shopping Event’ period during which they add discount cards to your purchases – presumably to tempt you to buy further products.

Don’t despair however, as you can often find their products on offer through other outlets such as this Apple Watch Series 3 currently on offer through Currys PC World with £80 off. Don’t forget, that this is a UK store that has that well-known slogan to guarantees you won’t find it cheaper anywhere else

Historically there are quite a few major retailer names to choose from that have provided excellent deals to the discerning shopper - so let’s look at the best ones to watch now.

To start with we must, of course, include the retailers mentioned in the section above as they have invariably have some great Black Friday seasonal offers up for grabs.

- We have to start off with the probably the biggest player in the market - Amazon. Black Friday 2018 was a bumper year for Amazon, as the retail giant knocked prices down across a whole range of gadgets and other products. They offered substantial discounts on a vast array of electrical products with their Echo Dot reduced to half price at one point. The Amazon-developed Fire TV line was offered at 75% of the normal cost with laptops and console bundles for PlayStation 4, Sony, Xbox One and Nintendo Switch al at impressive reductions. We can expect more of the same in 2019. 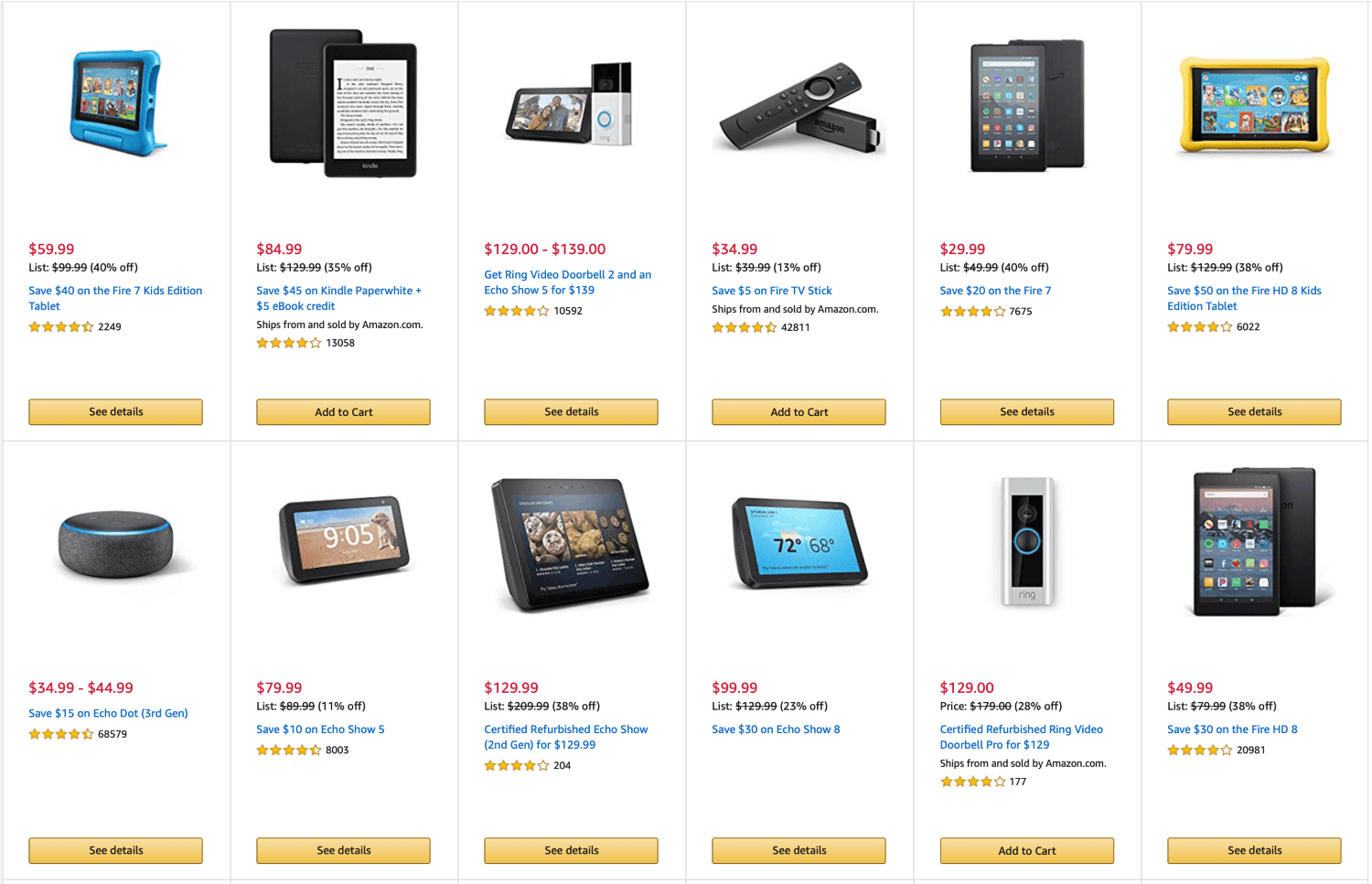 - In previous years Argos have had a strong history of offers on TVs, phones, toys, laptops, appliances and they’re already offering early deals on selected phones and other small electrical items.

- Last year we saw John Lewis display some great bargains including Bosch washing machines, Apple watches, Sonos speakers, kitchenware and a multitude of other product lines - so you can fully expect to see similar offers in 2019!

- In 2018 we saw Currys PC World offer up to 50% off electrical items including televisions, sound bars, laptops and a wide range of kitchen appliances. You can expect more of the same this year. 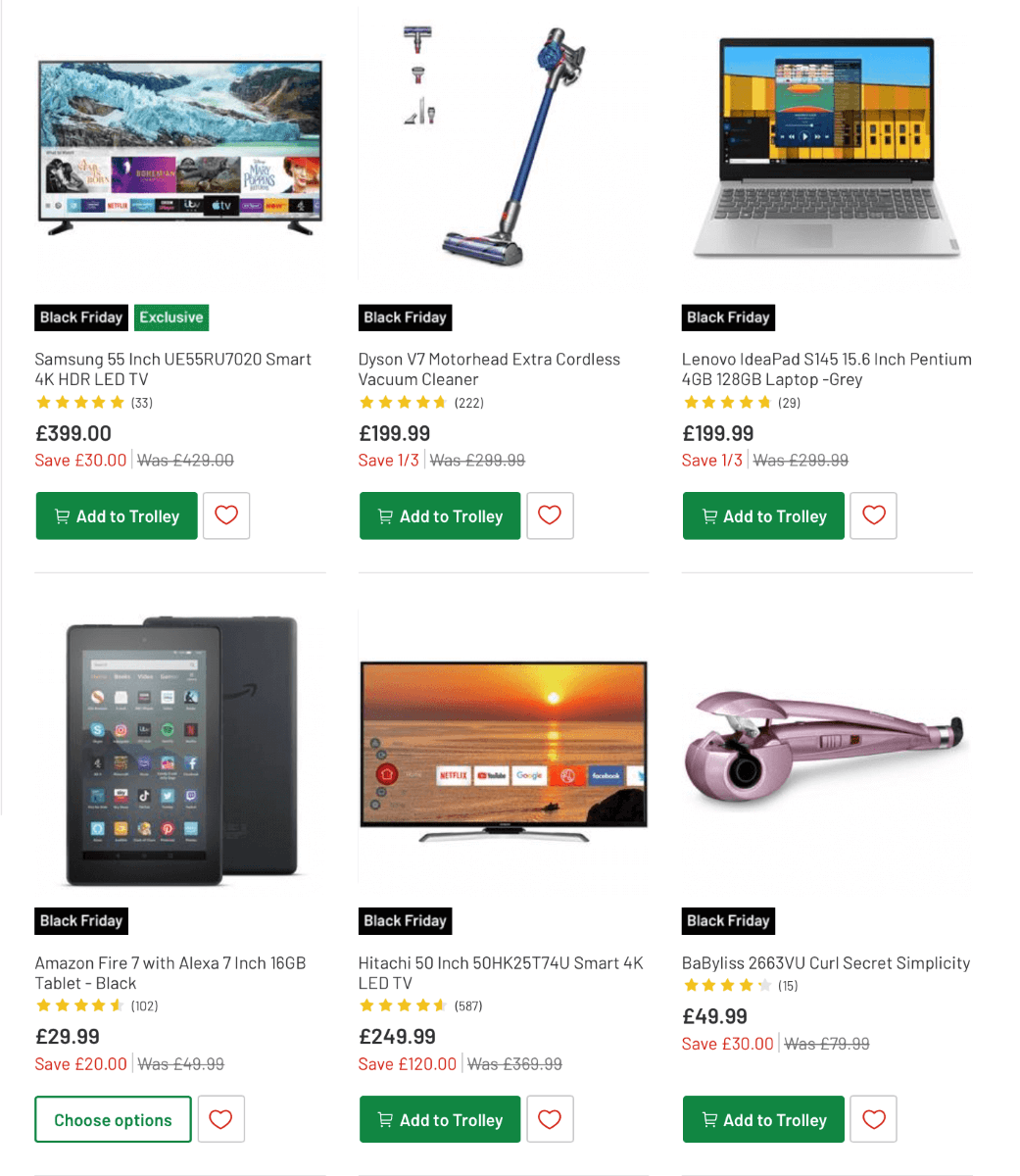 - Again in 2018 many of the other familiar major stores such as Boots, Samsung, Richer Sounds and some of the not so familiar outlets like Very, AO and had exceptional offers in a wide range of items from party clothes to mixing decks. They will all be featuring again this month, so be sure to check their offers out ahead of time.

A Few Words of Caution

Not wishing to dampen your enthusiasm but there are a few valuable considerations you should be aware of over the Black Friday sale weekend to avoid disappointment.

First and most importantly, set your budget sensibly beforehand – stay within your limits, don’t overspend and regret it later as right across the weekend there will be deals galore to tempt yo.

If you are after an item that is towards the top end of the price range, perhaps a new laptop or TV, then Black Friday is the day when these will be marked with the biggest discounts.

Make sure you don’t miss out, because if there is something specific you are after then you can be pretty sure that quite a few other people will have their eyes on the same bargain too – so pounce before stocks run out.

With the turmoil and uncertainty of (yes, I’m going to mention the ‘B’ word!) of Brexit still ongoing there have been negative impacts on the UK economy and our spending habits. Generally, people are with less disposable income so competition is going to be stronger on both the retailer’s side, to boost their profits, and on the shopper’s side to get the ‘biggest bang for their buck – so you will need to be even more smart and streetwise to secure the real bargains.

You really need to double-check what you have your eyes on as a Black Friday deal really is a bargain. Back in 2017 Which?, the association that tests goods and services on behalf of us consumers published a report with staggering results. They discovered that of 94 popular Black Friday items advertised as ‘deals’, 87% were in fact cheaper at other times of the year!

With that in mind download a price tracker on your smartphone or laptop and check out the product history before you buy – Price Spy and Keepa are good starting points.

If shopping online always use a credit card NOT a debit card and always ensure it is a secure checkout - also consider arranging credit card alerts for unusual or high spends with your provider to prevent scams.

Best of luck, enjoy the fun of it and I hope you get the bargain you’re after.

One of our very talented research bloggers with a keen eye for all things finance. Nick loves finding fun and unique ways to help us all save our pennies.

5 Tips to Help You Find a Job in a Recession

Managing Your Finances in Uncertain Times

Read me
We use cookies to enhance your online experience. By using this website, you agree to our use of cookies. learn more
OK
Warning: Late repayment can cause you serious money problems. For help, go to moneyhelper.org.uk